The Pain in Spain: Revisited

Spain is proposing some rather nasty legislation, which includes a compulsory helmet law. ECF’s Road Safety Officer, Ceri Woolsgrove, explains why this is bad news.
We spoke last year about Spain looking to implement a helmet law.
Well it looks as though it may become a reality. News is filtering through that the draft of new traffic legislation will include compulsory wearing of helmets for cyclists. There’s also more bad news, such as:
If I were looking to introduce cheap and easy laws to devastate cycling in a country with a growing number of cyclists, I think that would do the job nicely. Not cycling in the gutter? Then it’s your fault you got hit. Thought it was safer on the left or middle? Think again. As for the Children under 14, even if the rumours that this has been dropped are true, it shows the level of understanding.

“If I were looking to introduce cheap and easy laws to devastate cycling in a country with a growing number of cyclists, I think that would do the job nicely.”
And bicycle helmet laws are also making a return.
Need it be said again that in Australia, New Zealand, Canada and wherever helmet laws have been brought in there has been a clearance of cyclists from the streets. For example cycle hours in New Zealand has dropped 55% since 1989/90. Cycling in Australia has also significantly declined with 37.5% fewer Australians riding bikes in 2011 than in 1985-86; all this with no discernible benefit for road safety. In fact there is evidence that these laws may unintentionally make cycling more dangerous; figures show that less people cycling means riskier cycling. This has been shown over and over again as a consequence of the ‘safety in numbers’ principle.
If these regulations cause the cycling numbers to drop like this in cities like Seville it will be even more of a shame. Seville has managed, through painstaking hard work on behalf of activists and good work by the authorities, to increase from under 2% a few years ago to about 6% modal share now. With those sorts of figures Seville is at the forefront of the cycling vanguard in Europe; that will be a thing of the past.

Want more?
For more information on helmets, see our Road Safety Page which outlines our position on helmets as well as this fact sheet on the Australian experience.
Similarly, not one bike sharing scheme has been a success in a city where helmet laws exist. Compare Dublin and Melbourne. Melbourne’s bike hire has been crippled by the helmet law, the scheme is costing taxpayers $5.5 million over four years and Melbournians are taking only 140 rides a day on the 600 bikes. Compare this with Dublin’s 450 bikes – used about 2720 times per day. No wonder the Spanish city authorities are getting a bit twitchy.
It is not only with the loss of bike sharing schemes that Spanish authorities could be shooting themselves in the foot. Apart from the usual benefits lost, the health benefits, the clean air benefits, CO2 reductions, congestion reductions, in Spain it is estimated that €1.5 – 2 billion every year is spent by cycling tourists, helmet compulsion could threaten this amount and would certainly arrest any cycling tourism growth in Spain. Most cycling tourists coming to Spain originate from countries such as France, Germany, Ireland, Netherlands, Switzerland and the UK; no helmet laws there, and there are grumblings and rumblings of dissent from abroad about this. It could turn out to be a very expensive piece of legislation.
We will keep you updated, so make sure you watch ECF’s website for updates.
Postado por Arturo Alcorta às 18:48 Nenhum comentário: 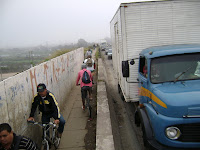 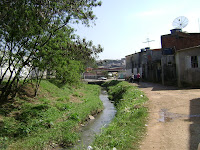 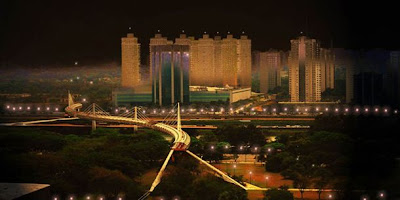 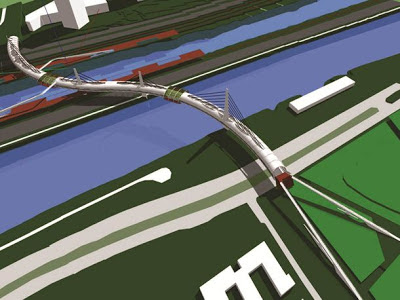 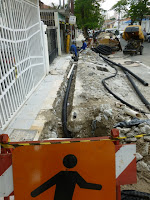 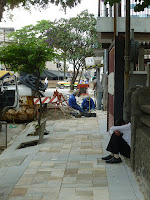 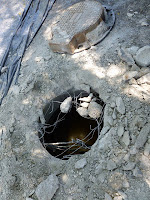 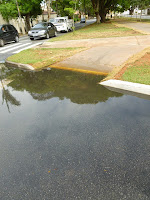